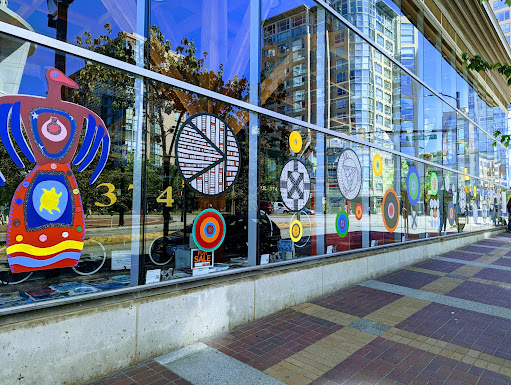 at the foot of Davie St. and Pacific Blvd.
a collaboration with Connie Sabo and Thought Train Collective
on display until December 2022
Posted by charlene vickers at 9:30 AM No comments: 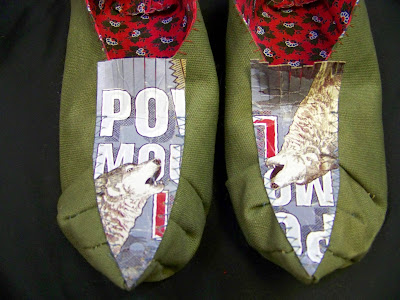 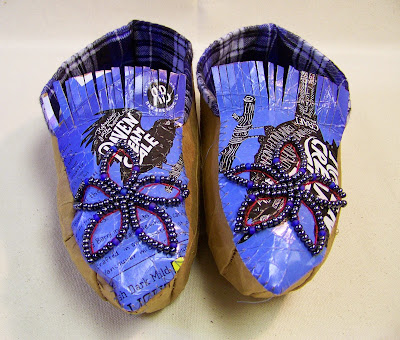 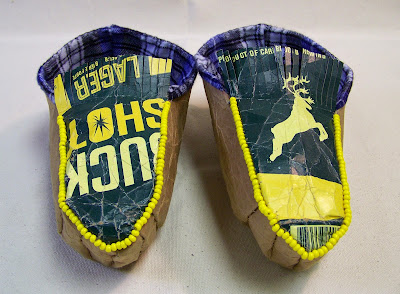 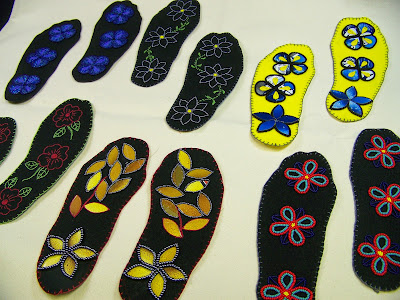 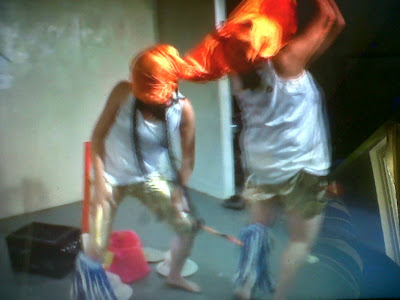 Within a trace of my presence-within the capture of an image- occupies, indexes, captures attention, bleeds through, reiterates, refreshes connections to somewhere, some place of process, living, breathing, vital organs.
Posted by charlene vickers at 3:17 PM 1 comment: 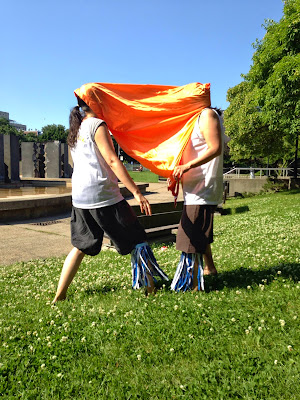 Hupfield and Vickers present Vestige Vagabond (VV) a mash-up of unexpected visual references and interactive experiences. Using items worn and carried on the body the artists perform and occupy economic and cultural sovereignty through a combination of choreographed movement and free demonstrations. Creative ingenuity and cultural survival mix with humour and animated objects to reflect the strength and adaptability of the human spirit.
Charlene Vickers and Maria Hupfield live on opposite coasts and met via Rebecca Belmore in Vancouver BC at grunt gallery in 2007. Vestige Vagabond was developed for the Not Sent Letters Project by Jeremy Todd, 2010, and commissioned for The 2011 Annual Santa Fe Indian Market by Ryan Rice, Curator at the Museum of Contemporary Native Arts, Santa Fe NM as programming for the exhibition Counting Coop. VV had the opportunity to perform and participate at street level during MANIFEST! Choreographing Social Movements in the Americas, Encuentro Hemispheric Institute, Montreal 2014.
VV was ecstatic to initialize their most recent creations and ideas at Panoply Performance Lab in Brooklyn, NY in June 2014. Demoing an eclectic arrangement of items including: fringed teacups, red vinyl and gold soft sculpture "guts", jingle belled red boxing gloves,orange cardboard megaphones resembling pylons and two masks of John Lennon and Yoko Ono. VV invited their audience to be active participants asking them to "speak and listen to the mother" through their megaphones, while giving them Mentos candy to eat, and taking part in one-on-one portrait sessions with Hupfield. Vickers further rallied the audience to keep rhythm with plastic shot glasses filled with Indian corn kernels while she accompanied playing mini synthesizers hooked up to a PA.
Charlene Vickers is an Anishnaabe Vancouver based visual artist since 1990. Her paintings and sculptural installation are known to search the edges of performance and video to explore how memory, healing and ties with ancestral lands can be achieved through bodily gesture and archival images. Charlene’s work has been exhibited in solo exhibitions in Canadian artist run centres in Vancouver, Winnipeg MN, Richmond BC, Bowmanville and Peterborough ON. Vicker’s beer case and denim mixed media moccasins have traveled to NYC, Amsterdam, Anchorage Alaska and Santa Fe NM. She completed her MFA at Simon Fraser University and is on the Board of Directors at Grunt Gallery in Vancouver, BC. 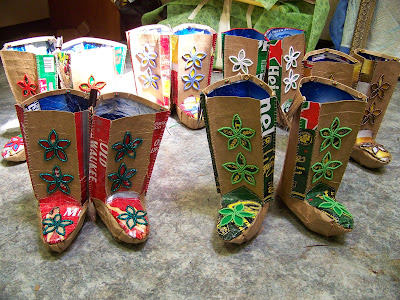 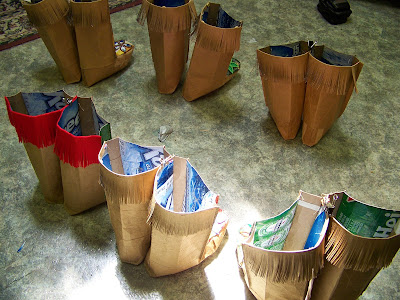 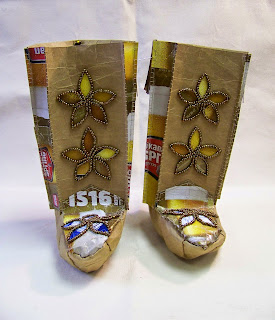 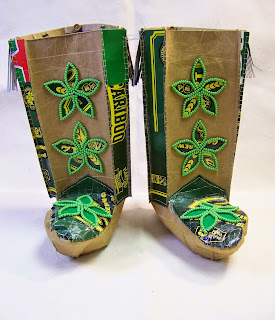 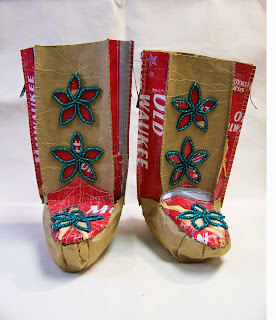 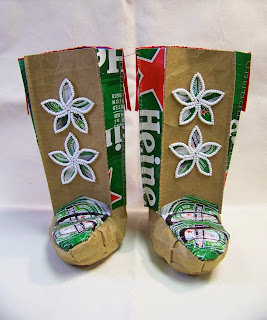 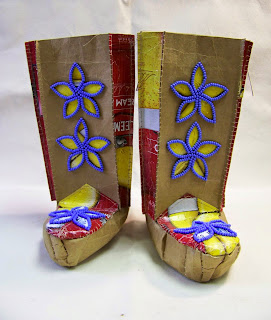 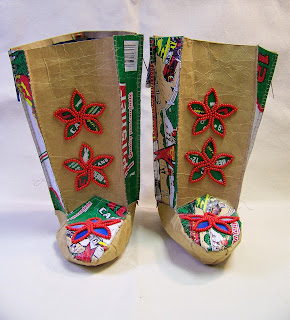